The Wisest Investment for Companies : Investing in Leadership Development 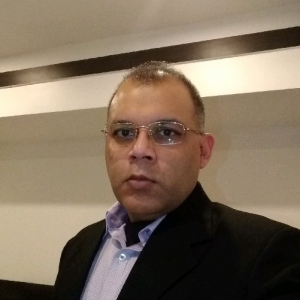 A passionate HR professional with eighteen years of experience in corporate and consulting role. He has worked on projects ranging from training to organizational development and talent management. In addition to this, Rahul is also a 5th Degree Black Belt in Karate and he has been learning and teaching karate for over twenty-five years to people of all age groups. It is not just in his profession but in his overall life that he strives towards making a difference to people through the spirit of contribution.

Visualize a scenario – A trail blazing sales head is promoted as CEO of the company. In sales, she was aggressive and focused on results – meeting and exceeding goals consistently. Pushing people beyond their comfort was her second nature, which has helped her team in their careers. Over the years, her teams have grown, many have taken up senior roles themselves.

As a sales head, her focus was limited to results – perform or perish. However, now in this role, that has changed. She needs to manage company’s cash flows, ensure employee engagement and control the turnover, keep focus on R&D and give a direction to the overall business for the next 10-15 years while continuing to deliver results like before.

Outcome? The sales numbers are holding up, but the board and some key stakeholders have begun to lose faith as the business seems to be losing its relevance in the long term. The direction beyond the current product-line is not visible.

Imagine a second scenario – A focussed, hard-working and intelligent individual rises through the ranks assuming roles of increasing seniority. His strengths have been operational excellence, delivery, meeting commitments, process and people orientation. He is now leading a 400 people strong business vertical which contributes over 50% of the organisation’s revenues.

Beyond this level, his career growth opportunities look unclear and he is feeling a sense of loss of control. His comfort zone lies in execution and delivery, and he continues to focus and spend time on activities that should ideally be delegated. He is caught in the trap of improving the current, instead of defining and implementing a growth strategy to keep the business relevant.

Outcome? His team has stagnated, each one working at a level lower. New growth and expansion avenues are not in place putting immense pressure on existing lines of business to deliver more.

Here is a third scenario – An individual contributor is promoted to a team leader role. She is highly self-driven and cannot understand as to why her team is not delivering even when their roles very clearly assigned. She conducts reviews and follow up discussions and routinely checks if they are facing any issues but does not get concrete feedback. She ends up frustrated! She screams and shouts at them in front of others or ends up doing the tasks herself as she believes that it’s best that she does them herself instead of going on waiting for the team to start performing.

Outcome? An immensely overloaded self and a completely demoralised team with dropping standards of delivery.

Here is a fourth situation – A striving manager joins an organisation with a determination to prove himself in the new role within the first few months. So, what does he do? Starts with a bang. Makes allocations, reviews the progress regularly with a belief that the team to start delivering. What went wrong? He misses to connect with his team outside the role driven boundaries. Beyond knowing their names, he has no clue about their ambitions or needs. The senior most team member was hoping to get promoted into this role.

Outcome? All the projects are in red, with the senior most team member almost rebelling against him and others disengaged.

Do any or all these scenarios sound familiar? Yes? What is missing thread in all these stories? What is that one element that would make the maximum impact in each such situation?

In my experience of over 18 years of working with diverse organisations – from large Indian companies with a global footprint, to multinationals to Indian first-generation entrepreneurial ventures of various sizes, the common theme is that of a lower focus around leadership development. People are promoted based on only performance in past roles. The structure of the performance measurement matrices is limited to business parameters only, which exclude people skills. The only people-related measure that is sometimes included is attrition, which still excludes the important aspects of engagement, people development, innovation and creativity.

Often, when there is an immediate problem faced, a quick fix is put in place for what ails the organisation. For example, quick measures are taken for:

Not many people question the competence and mindsets of leaders at different levels.

The work of today and tomorrow requires reinventing how we think and produce results at the workplace. In the start-up driven world, there is a race to think of the big ideas that will create the next AirBnB or an Uber or something similar. Doing the same as others doesn’t cut ice anymore, unless the experience being offered is significantly different, which is again about creativity and ideas.

So, how are ideas generated? How do you make people think creatively when, for most of their lifetime, they have been taught either not to think or to think in predetermined ways?

The so called ‘entrepreneurial mindset’ is nothing but seeking out problems and gaps in the society that can be converted into opportunities for providing solutions in the form of products or services. The scope for the ‘authoritarian leader’ is narrowing. Over the last few decades we have seen an emergence of a different brand of leadership – one that encourages:

Culture is formed by what leaders do

A global landscape, mired with famines, wars, protected/regulated economies, closed markets etc., required a different leadership approach. One who doesn’t accept today’s time – where there is VUCA* on one side and the start- up culture on the other, where the next big idea could be coming from – a kid still in school or college or a fresher who has just started working – will not survive.

Ideation and creativity are what we need and an innovative organisational culture for promoting the creativity and this is where the transformation starts. The newer generations are in many ways – digital, data, social – already tuned into what is required. The ability to harness this in the right direction is what is limited in the leaders who still look at things from how they used to be a decade or two back.

Just like the Buddhist proverb; if you give a man a fish, he will survive a day and you teach him how to fish, he will survive a life time; developing leaders goes a long way in overcoming key issues in the organisation and in harnessing opportunities that exist already. Here is how an organisation can empower their leadership teams at different levels to drive success and accelerated growth:

While the focus of Senior level leaders is on long term business strategy, business results and establishing organisational priorities, it is important that they showcase what the organisation wants the rest of the workforce to imbibe as key attributes. They need to be in sync with what’s latest in the industry and related technology advancement. They must be able to connect with teams across the board by having a presence where they are – social media, other open environments such as cafeteria or creative spaces in the organisation – and sending the right message by:

Senior leaders also need to encourage, appreciate, recognise and reward creativity and innovation across the organisation. While senior leaders are seen as a good fit for being mentors to the younger lot, in today’s time reverse mentoring can work wonders by sending the message that senior leaders are open and welcoming to embrace what’s new.

This level functions as a communication channel for establishing organisational priorities and managing performance of all the people reporting into them. They can focus more is on encouraging innovation through constant improvement in existing processes, sharing of ideas for new products, services and processes. They also need to identify people who are doing this and appreciate, recognise, reward and recommend them.

Their basic objectives are around setting expectations with the team, reviewing, sharing feedback, developing and appreciating them. These leaders need to go beyond into building relationships, engaging and inspiring.

Coaching these leaders for competence and performance and allowing them freedom to ideate, experiment and create will bear results. Rotation of first-time leaders in different possible roles within or outside the function or assigning them cross functional projects can again help in enhancing their perspectives and in welcoming diversity of thought.

In conclusion, like most parents, parent their kids based on their experiences of being parented by their own parents, so is true with leadership. Most leaders lead people based on how they had experienced their own leaders. If those leaders did not go through developmental experiences in their own time, the exposure to the next generation of the best leadership practices may be quite limited. While we learn through trial and error as human beings, it is a rather long, costly and painful way to learn. Investing early in developing leaders can help avoid some of these painful experiences, leverage opportunities better and build an organisational fabric that thrives on the ‘entrepreneurial mindset’.

*VUCA is an acronym that stands for volatility, uncertainty, complexity and ambiguity, a combination of qualities that, taken together, characterize the nature of some difficult conditions and situations.