The Power of ‘Nudge’ Questions! 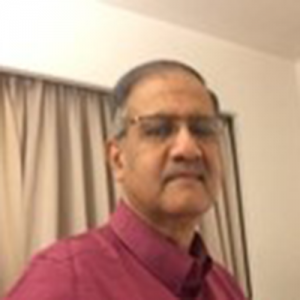 A Sr. Consultant at Vyaktitva for over 5 years. After over three decades of Corporate life, he now loves being in this joyful community contributing to the growth of various organisations and individuals through training facilitation, OD initiatives and coaching. He is a sports buff, enjoys good music and theatre. He is a teetotaller but enjoys the company of those who are not!

This is a simple story about my interaction as a coach with Rajat (name changed), a Project Manager in an IT company. He has 18 years of experience. He is based in Kolkata, has been in the current organisation for 11 years. The head office of his organisation is in Bangalore.

He came to me seeking some help to resolve his current stagnation at work. He was happy till about 2 or 3 years back but now he is de-motivated because his juniors are surpassing him and are not happy with his own career growth. He sees bias from his seniors. He also has issues with some cross- functional teams, unable to win their confidence.

When I enquired about his personal background, he told me that he was the second son of his parents, has a younger brother, was good in academics, always stayed with parents, had an arranged marriage and has two kids now. He was born and brought up in Kolkata.

“Who am I to decide what’s right or wrong for him?” I thought to myself. I decided to make him realise what he should do on his own. We had an interesting conversation, which went on for a while. He did most of the talking!

My job was to ask him, what I call, the important ‘nudge’ questions!

So, I started with some basic questions:

Rajat desired to be a Business Head of one of the verticals soon but later desired to start his own business. He gave a few reasons such as no recognition for his consistent work, his seniors being biased, his juniors getting higher roles and adhoc decisions at higher levels. Haven’t we heard of these very often?

“No way!” he had exclaimed. He did not want to annoy the bosses.

And that gave me the entry to ask the first Nudge question:

Moving out of his parents’ house to stay in a separate self- owned house was a big decision for Rajat. Especially since there was a huge emotional attachment to the house where he grew up.

His parents were initially very upset and unhappy but later realised that it was a wise decision. His brother’s family got more space and freedom. Relationships improved immensely.

And then the next Nudge Questions:

After a few months Rajat and I met again.

Rajat told me that he has now been given a new assignment and his family is shifting to Bangalore with him. He was given assurance that he will get promoted in the next cycle.

He narrated how he had several conversations with his boss. His boss was surprised that he was unhappy and had so many concerns. He had the perception that Rajat would not ever like to move out of Kolkata and hence had not initiated any further career moves. Yes, Rajat was uncomfortable leaving town but after several tough conversations with his boss and his family he took the decision to move.

The above is only a Summary of our first part of our conversation. This led to our co-creating some action points around his long-term goal of starting his own business. In between I had also asked several other nudge questions like:

The above story basically indicates that solutions can be co- created through a dialogue instead of being told as a monologue. Rajat was being judgmental about his boss and was uncomfortable to voice his concerns with him. He was also in his comfort zone not wanting to leave Kolkata. He had ranked the value of ‘Harmony’ over ‘Positive Confronting’ which hampered his growth.

My ‘nudge’ questions made him realise the importance of having uncomfortable conversations with his boss and later with his family to take on higher responsibilities outside his hometown, which was his comfort zone. He chose to confront positively and resolve his issues.

Many managers and leaders have the habit of ‘Telling’ or in other words shoving their team members towards their own solutions when confronted with conflicts or problems related to team members. Most of the time this leads to the team member getting defensive or further negative. He / she feels victimized or blamed.

Leaders can generate a lot of positivity and co-create solutions using the Power of Nudge Questions. I have discovered this over several such instances. This story was one of them. A Nudge question would typically get a person to view the situation from a different perspective or lens. That can create powerful awareness and lead to a hitherto not considered action or solution

So, let’s as good ‘coaches’ and leaders, Nudge and not shove!